Executing the chown command as root with sudo chown 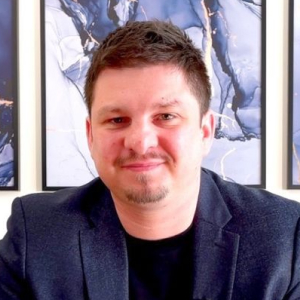 In this post, we’ll discuss why the [.inline-code]chown[.inline-code] command requires superuser privileges and what are the most common pitfalls to avoid when using it.

In Linux, regular users are not allowed to change the ownership of files or directories, even if they own them.

The main reason for this security mechanism is to prevent users from acquiring or giving away files they’re not supposed to, which could end up being harmful to the system or flagged as suspicious activity.

One valid argument as [.inline-code]<user>[.inline-code] is a user identifier (UID). On Unix-like operating systems, each user is identified by a unique value called the UID. On most distributions, identifiers below 1000 are reserved for a special type of users called system users, which are in fact security identities used by system daemons.

For example, executing the following command will result in the target file being transferred to the user identified on the system by the UID 777.

The execution of the [.inline-code]chown[.inline-code] command is definitive and can be extremely harmful to the operating system if not used with caution. In this part, we’ll cover the most common pitfalls to avoid when using it.

Transferring the ownership of files and directories to the root user in order to restrict their access is usually discouraged. Instead, it is better to use the [.inline-code]chmod[.inline-code] command to change their permissions.

For example, transferring the home folder of a user to the root user, will result in this user being unable to access or operate on its files anymore.

This command is often combined with the [.inline-code]whoami[.inline-code] command–itself executed within a subshell using the command substitution syntax [.inline-code]$(command)[.inline-code] –which allows the transfer of the targeted entries onto the user you are currently logged in as.

When using this flag, you have to be careful not to insert any undesirable spaces or typos in the path of the target directory, especially if your path starts at the root directory ([.inline-code]/[.inline-code]), as you might otherwise end up with a broken system. As a rule of thumb, it is usually discouraged to change the ownership of files that belong to the system or the root user.

For example, executing the following command will result in all the entries of the filesystem to be assigned to the [.inline-code]foobar[.inline-code] user, which will cause commands such as [.inline-code]sudo[.inline-code] to become unusable, thus preventing any user from gaining elevated privileges.